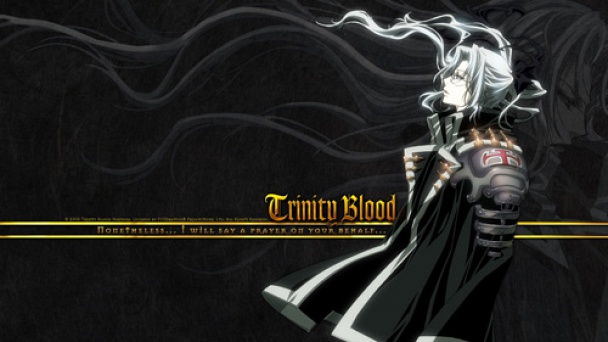 The story takes place in the distant future after the destruction brought about by Armageddon. And the war between the vampires and the humans persists. In order to protect the humans from the vampires, the Vatican has to rely on unusual allies to control the situation. The main protagonist, a priest called Peter Abel Nightroad, travels through the countries as a representative of the Vatican. However, he is also part of AX, a special operations group controlled by Cardinal Caterina Sforza. His encounter with a young girl named Esther Blanchett will determine the struggle between the human race and the vampires.

Watch full episodes of Trinity Blood plus over