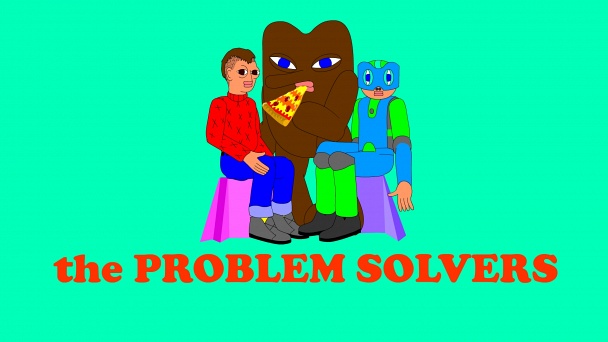 The Problem Solverz (originally titled Neon Knome) is an American animated television series created by Ben Jones, a member of the art collective Paper Rad, for Cartoon Network. The series centered on the titular Problem Solverz trio of Alfe, Roba, and Horace, as they solve and sometimes create the various problems that plague their town, Farboro.

Watch full episodes of The Problem Solverz plus over