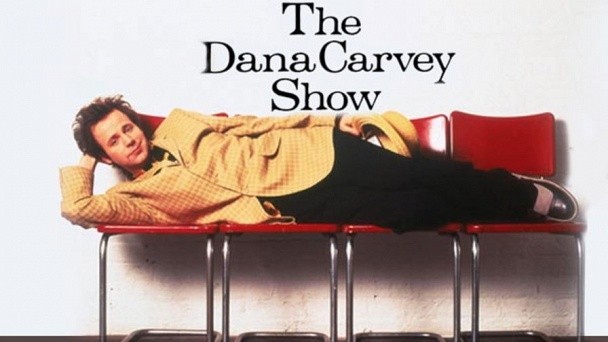 The former SNL cast member (along with Robert Smigel) is the host and star of this sketch comedy series. Each week, the show would be sponsered by a different soda, usually Pepsi or Mug Root Beer. The show, however, was doomed by a sketch in the first episode depicting President Clinton breast-feeding puppies. Broadcast History: March-April 1996 Tuesday 9:30-10:00 (8:30 Central)

Watch full episodes of The Dana Carvey Show plus over