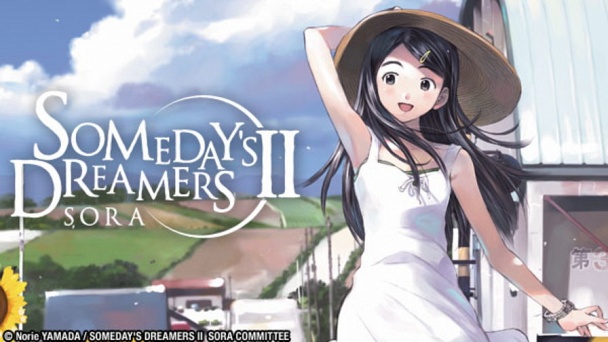 Based in the present day Tokyo, there exist people known as Mahou Tsukai (people who use magic or "Mages"). But, even though there's magic around, there's not much difference from the world we live in. Yume Kikuchi is a 17 year old 2nd year senior high school student. So that she can officially become a Mage, Yume makes use of her summer break and leaves for the capital from Tooya in the Iwate prefecture. It's the first time she's been to Tokyo. First time she's been to a boarding house. And she was thinking that it'll be an all girl's place too but in fact, the manager's a charming male. Caught in a mix of anxiety and great anticipation, Yume's training in magic begins.

Watch full episodes of Someday's Dreamers plus over