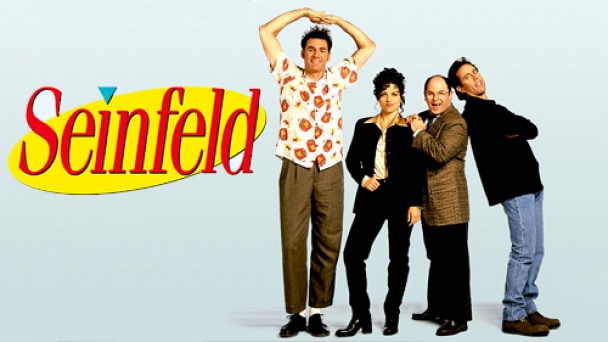 Jerry Seinfeld is a very successful stand-up comedian, mainly because the people around him offer an endless supply of great material. His best friend is George Costanza, a bald, whiny loser who craves the kind of success Jerry has but is never willing to do what it takes to get it. Jerry's neighbor Kramer often barges into his apartment and imposes onto his life. In the second episode Jerry's former girlfriend Elaine Benes comes back into his life, and the four of them are able to form a friendship together. The episodes were rarely very plot-heavy, focusing more on mundane conversations and situations that could be found during everyday life in New York.

Watch full episodes of Seinfeld plus over