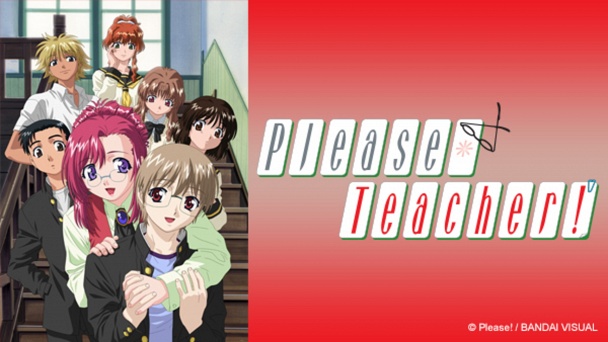 Kei Kusanagi is an average high-school student living with his aunt and uncle. One night while he is sitting by a lake, he becomes "stuck". When he is stuck he goes into a coma like state for a moment. After he awakens from being "stuck" he sees a weird disturbance on the water. After the disturbance disappears he sees a woman appear from a ray of light right. It's an alien. The next day he learns that the mysterious woman is his new homeroom teacher and his neighbor. Later, he is forced to marry her to keep her secret. Thus, a romantic comedy is born.

Watch full episodes of Please Teacher! plus over