My Bride is a Mermaid 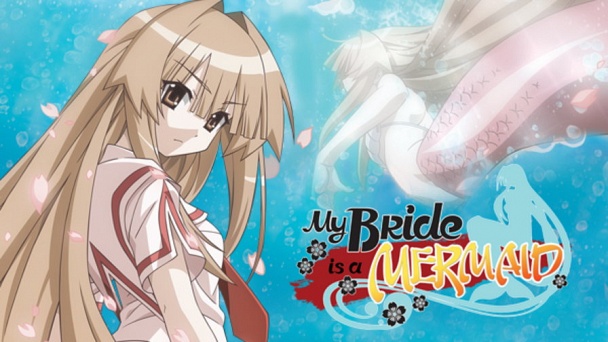 Based on a manga by Kimura Tahiko serialised in Gangan Wing. Nagasumi visits his grandmother near the sea during the summer. While visiting, he goes for a swim, and drowns right after entering the water. Fortunately for him he is saved by a young mermaid. Later as he tells the story to his family, a young girl named San appears at his home and begs Nagasumi to marry her. She’s followed by two large thugs and they take both him and his parents to San`s home under the sea. If that wasn’t strange enough, it turns out San`s parents are mob bosses. Nagasumi is left with the choice of either death or marrying San. He chooses to marry a mermaid. This would likely be that, except San`s father and some members of the mob are not exactly thrilled to have Nagasumi courting San and are determined to bring an end to their relationship--or him. And there is also the matter of keeping it a secret that San is a mermaid.

Watch full episodes of My Bride Is A Mermaid plus over