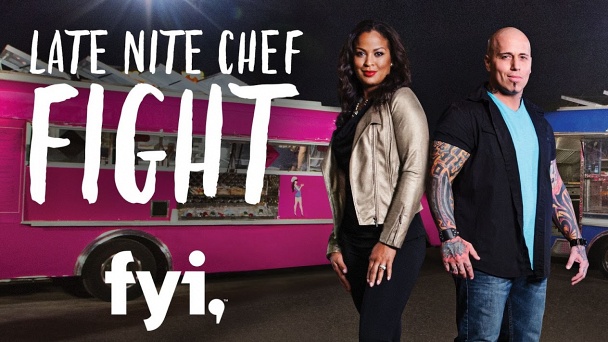 Based on the real after hour’s chef competition that takes place in Las Vegas, each episode of “Late Nite Chef Fight” has two leading Vegas-based chefs competing against each other in a food truck they have never stepped foot inside before. With a lively audience cheering them along, the chefs battle it out and go head-to-head after hours on the Las Vegas strip. Using a diverse and exotic range of unfamiliar ingredients left behind in the food trucks, the chefs will create three unique dishes in three fast paced rounds. The winner of the first round chooses which of the two different food trucks they will work out of and winning the second round gives the chef a major advantage against their competitor. In the third and final round, the chefs must create a main course that coincides with the previous two challenges. The dishes are presented to two expert judges, with the winner taking home the ultimate Vegas bragging rights and a meal cooked by the loser.

Watch full episodes of Late Nite Chef Fight plus over