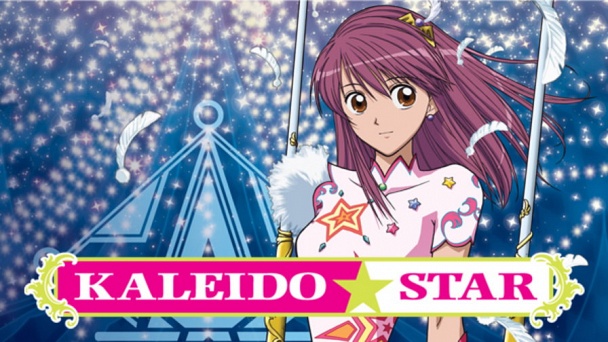 Sora Naegino, a 16 year old Girl from Japan after seeing a performance with her parents before they died, decides from a young age that she wants to join the Kaleido Stage, as she grows older she decides to train in Gymnastics, and trapeze work for the eventual day that she would join the Kaleido Stage that day has come, at the age of 16 Sora left her foster parents and left to an audition at the Kaleido Stage of which she was late to, but after an extroadinary event, Kalos of whom Sora meets in the street after having her bag taken, see"s her extroadary skill and courage, and decides to give Sora a Job at the stage knowing one day that she will be the new Kaleido Star after eventually settling in, the fool introduces himself to Sora telling her that if she can see him, she will be the next Kaleido Star many trials and tribulations are overcome by Sora as she takes on challenges she never thought possible, all for one purpose, to be the true Kaleido Star along with her f

Watch full episodes of Kaleido Star plus over