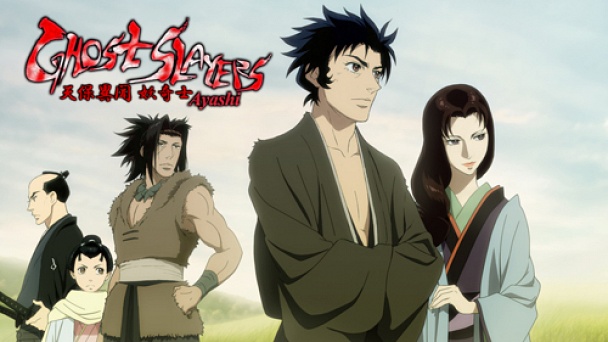 Feudal Japan is attacked by beasts called 'Youi'. Ryuudou Yukiatsu, a 'floater' and an employee at a bath house has the power of Ayagami ("The power to find the words behind things") which can be used in fighting against the Youi. That's why the members of a Youi-fighting group Bansha Aratamesho, called the Ayashi, are looking for Yukiatsu - they want him to become an Ayashi as well. Yukiatsu runs into a woman and a son who are chased by a Youi and has to face the past he's been running away from. [Source: ANN]

Watch full episodes of Ghost Slayers Ayashi plus over