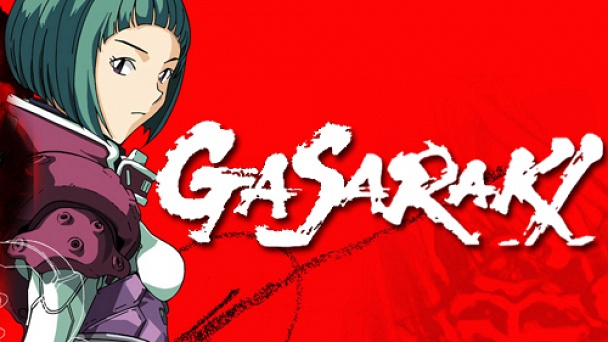 "Gasaraki" is the story of the Earth's first robotic combat machines. Yushiro Gowa, the prodigal scion of the innovative Gowa Corporation is skilled both in piloting the robotic Tactical Armor units (TAs) as well as in invoking mystical energies through the Gasara dance. Despite his talents, Yushiro suffers from an eternal emptiness that just might be filled if he can make contact with and understand Miharu, another Gasara dancer under the control of the nefarious secret organization known as Symbol. For reasons yet to be revealed, Symbol has used Miharu's Gasara dance to unleash a large blast of energy in the fictional post-Soviet Republic of Belgistan. Multinational forces, fearing the development of weapons of mass destruction, have attacked the republic with aid from the Gowa Corporation, which sees the conflict as the perfect opportunity to justify building its TAs, the most cutting-edge weapon of war the planet has ever seen.

Watch full episodes of Gasaraki plus over