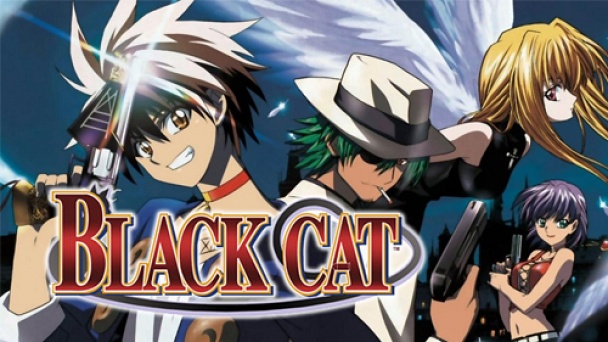 A group of assasins are controled by Chronos. They all have a number on their neck. But number 13 which is Black Cat has the characteristics of a cat, because a witch cursed him. He is supposed to kill people but he also hates the thought of killing people. The world is secretly controlled by a secret organizition, Chronos. Under the command of this mysterious organization, are the Chronos Numbers, a group of powerful assasins, taking orders to eliminate certain target secretly to keep the so-called `peace`. One of the most powerful is the Number XIII, Train Hartnett, or known as Black Cat. At first he seems to be a cruel killer, a meeting with a girl Sweeper changed him completely. Now as a Sweeper, Train travelled with his partner Sven Volfied to hunt down criminals.

Watch full episodes of Black Cat plus over