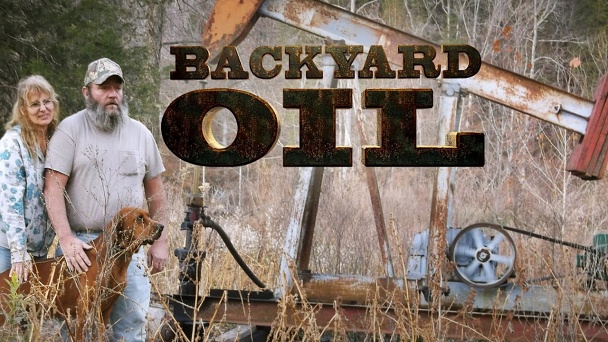 There is a modern day oil boom hitting the hills of south central Kentucky on Discovery Channel's BACKYARD OIL premiering Tuesday, April 23 at 10 PM ET/PT. In this high stakes comical rollercoaster ride through the world of wildcat oil drilling, the right equipment, the perfect location and a hint of good luck is the key to making millions - if you know where to sink that drill bit. BACKYARD OIL follows the fortunes of the most boot-strappin' oil men in all of Appalachia - mogul Jimmy Reliford and his sidekick Mad Dog; Coomer, who's raking in $300-thousand a month thanks to an oil strike in his own backyard; a bearded hillbilly named Rascal; and the Page Boys, a father-son team who can't help but bicker about everything...except finding that sweet, sweet crude. Now that oil fetches close to $100 a barrel, there's a modern day oil boom hitting Kentucky and people are racing to enlist the services of these oil men to make them millions. Most think they have oil, few find it, and it's up to this motley crew to fight until the bid is won and the next great monster oil well is drilled.

Watch full episodes of Backyard Oil Barons plus over