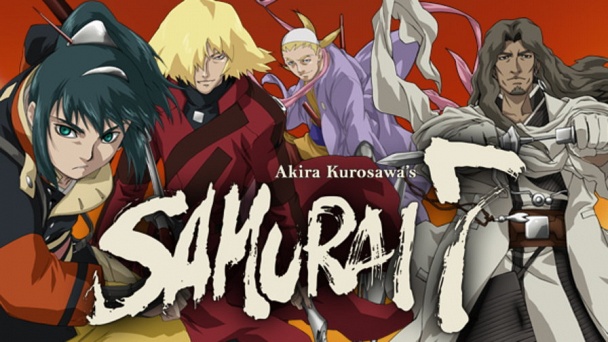 Kanna, a small village, is being persecuted by mechanized samurai called Nobuseri. The Nobuseri return every harvest to seize the village's crops. Faced with starvation, the villagers send out a mission to find and recruit some samurai to defend them. With no pay to offer except rice, and knowing full well that only helpless and eager samurai would even consider accepting such a deal, the villagers can only hope that their saviors will appear before the rice is ready for harvest. Samurai 7 is based on Akira Kurosawa's classic movie, "The Seven Samurai" or Shichinin no samurai. The Japanese promo for the series aired on April 15, 2004 and the Japanese preview aired on June 13, 2004.

Watch full episodes of Samurai 7 plus over