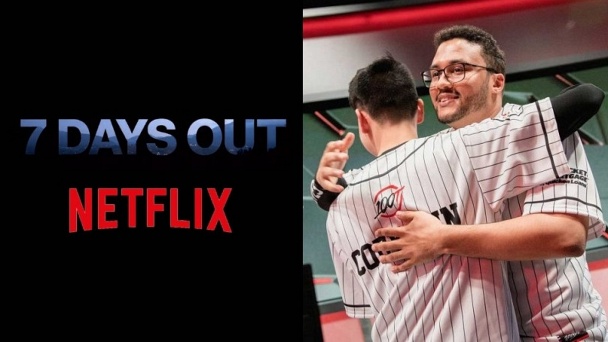 These days it seems hardly a week goes past before Netflix adds yet another must-watch show or movie to our ever growing lists. And after a veritable hit parade of comedy series and teen rom-coms, the streaming powerhouse is now expanding their documentary category with a new series called 7 Days Out, which explores a week in the life of notable individuals in fashion, film, entertainment, sports—even space exploration! The program, which debuts on the platform on December 21 (just in time for a good holiday binge), is turning the lens on its first subject: legendary Chanel creative director Karl Lagerfeld. According to WWD, the series will capture seven days in the fashion fast lane for the visionary as he prepares for the iconic fashion house’s Spring 2018 Couture Show. Viewers will get an inside look at how Lagerfeld transported the show’s guests to a garden party at the Grand Palais and the debut of 2018’s couture bride, Adut Akech Bior, the second black bride in Chanel history after Alek Wek. Andrew Rossi, who notably was the mastermind behind The First Monday in May, a behind-the-curtain look at the annual Met Gala’s China Through the Looking Glass exhibition, was granted access to shoot all of the happening storm the Chanel show, from moments in the studio to the preparation process and, of course, the main event. This episode joins other Netflix fashion documentaries in eluding Manolo: The Boy Who Made Shoes for Lizards and Dries.

Watch full episodes of 7 Days Out plus over