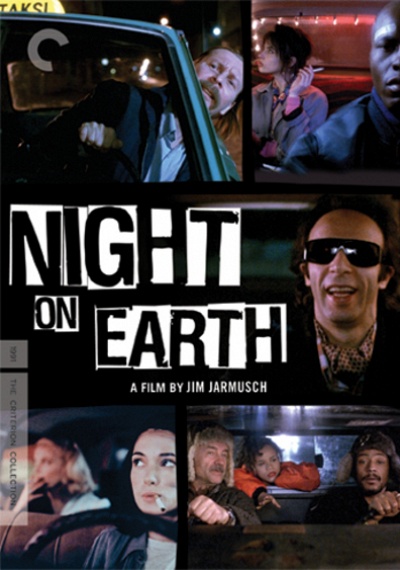 Five cities. Five taxicabs. A multitude of strangers in the night. Jim Jarmusch assembled an extraordinary international cast of actors (including Gena Rowlands, Winona Ryder, Armin Mueller-Stahl, Beatrice Dalle, and Roberto Benigni) for this hilarious quintet of tales of urban displacement and existential angst, spanning time zones, continents, and languages. Jarmuschs lovingly askew view of humanity from the passenger seat makes for one of his most charming and beloved films.