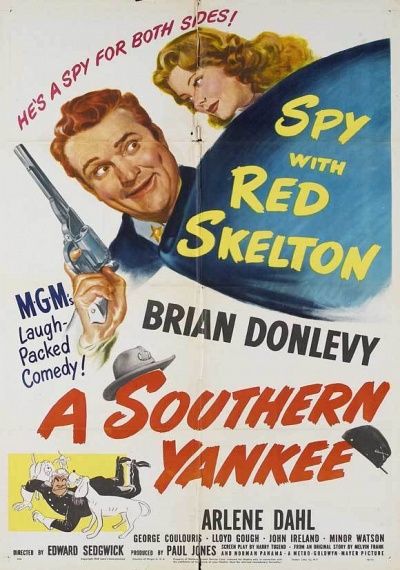 Red Skelton plays Aubrey Filmore, a feather-brained but lovable bellboy who dreams of becoming an agent for the Union's secret service during the Civil War. He gets his chance when he inadvertently causes the capture of a notorious Confederate spy known as "The Grey Spider" and adopts the spy's identity. The plot thickens when Aubrey meets the beautiful Confederate agent Sallyann Weatharby (Arlene Dahl) and falls in love with her. He is then forced to ... 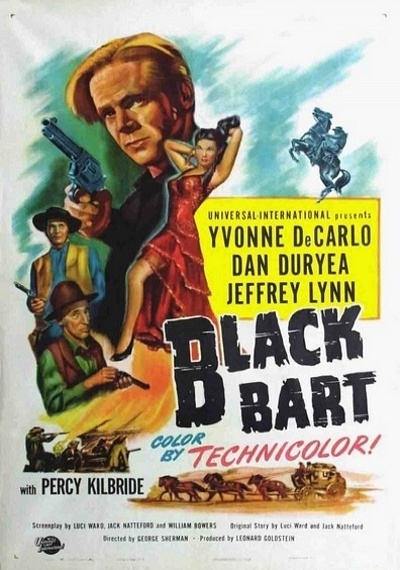 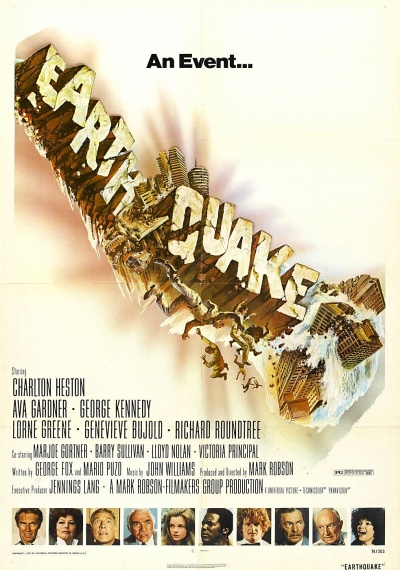 When a massive earthquake hits Los Angeles, a construction engineer must try to rescue his father-in-law boss, who's trapped in his own building. Meanwhile, a tough cop and a motorcycle daredevil are also fighting for their lives amid the wreckage. 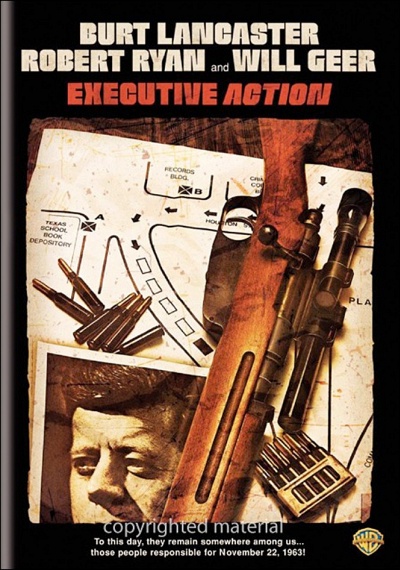 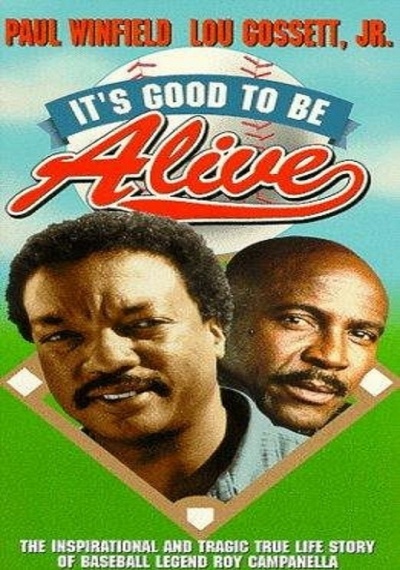 It's Good to Be Alive

Brooklyn Dodgers catcher Roy Campanella adjusts to life in a wheelchair after a 1959 car accident. 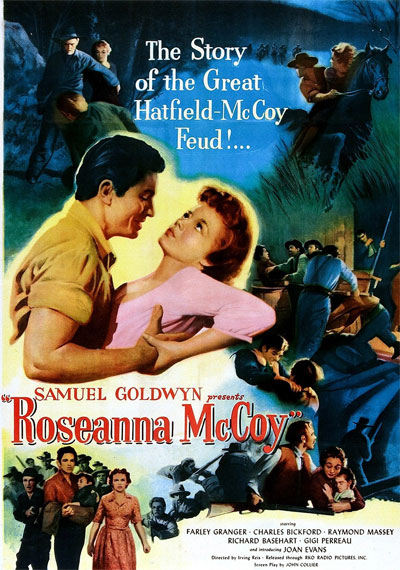 It's the Hatfields vs. the McCoys in this 1949 film, with Farley Granger and Joan Evans as the hillbilly Romeo and Juliet whose forbidden romance rekindles a long-standing feud between their respective families. 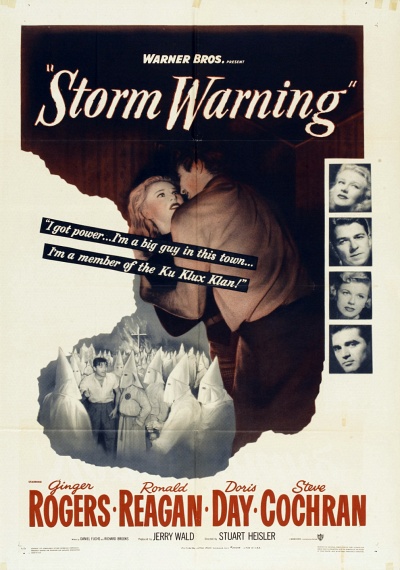 Ginger Rogers is troubled when she finds her sister's husband is a member of the KKK. 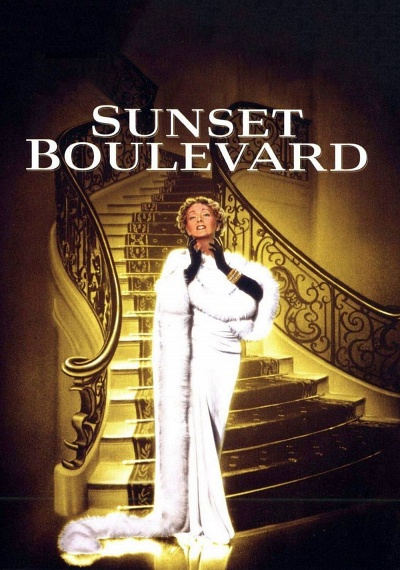 Director Billy Wilder is ice cold in his captivating Hollywood drama Sunset Blvd. A screenwriter begins an affair with a silent film actress who thinks she's at the top of her field... 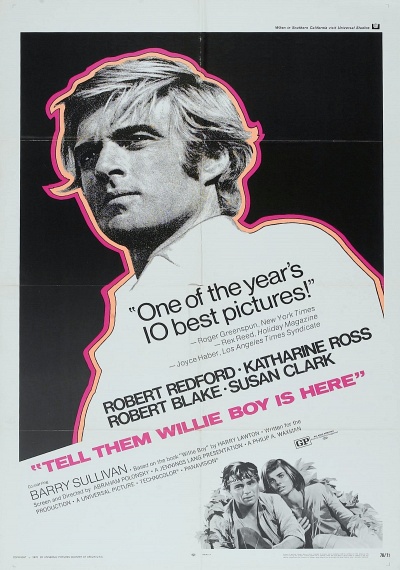 Tell Them Willie Boy Is Here

Based on true events that happened in Banning,California, Tell Them Willie Boy Is Here, tells the story of one of the last Western manhunts, in 1909. Willie Boy, a Native American, kills his girlfriend's father in self defense, and the two go on the run, pursued by a search posse led by Sheriff Christopher Cooper. 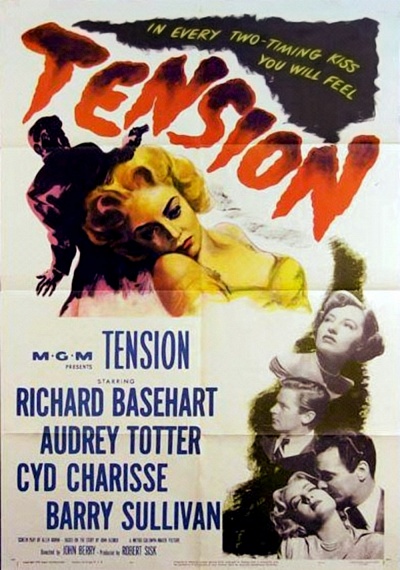 A drugstore manager, Warren Quimby (Basehart), is married to sexy, man-hungry Claire (Totter). She leaves him for another man, Barney (Gough). Quimby decides to murder the man. He devises a complex plan, which involves assuming a new identity, to make it look like someone else murdered Claire's new boyfriend. 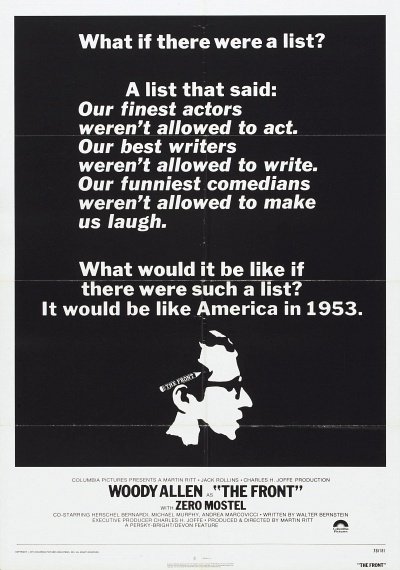 A cashier poses as a writer for blacklisted talents to submit their work through, but the injustice around him pushes him to take a stand. 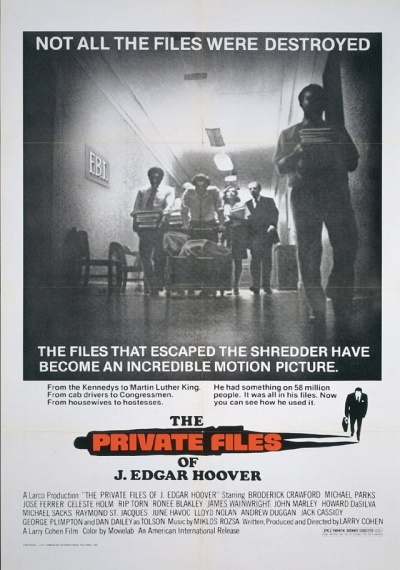 The Private Files of J. Edg...

The files that escaped the shredder have become an incredible motion picture. From the Kennedys to Martin Luther King. From cab drivers to Congressmen. From housewives to hostesses. He had something on 58 million people. It was all in his files. Now you can see how he used it. 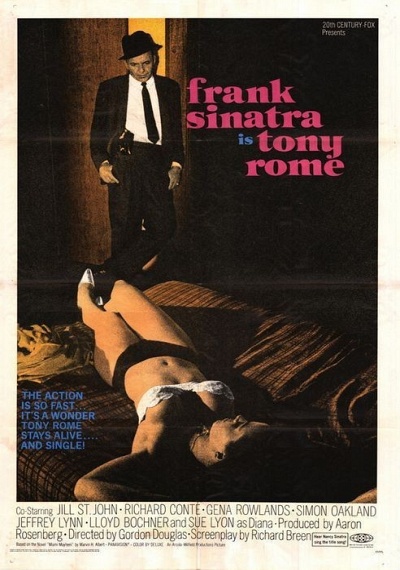 The beautiful daughter of a wealthy industrialist turns up drunk and unconscious in a hotel room. To avoid a scandal the hotel house detective hires his former partner, private detective Tony Rome, to sober her up and escort her home. The next day, the girl's diamond pin is mysteriously missing. Arriving back at his houseboat, Tony is greeted by a pair of thugs who knock him out and tear his boat apart, desperate to find ... 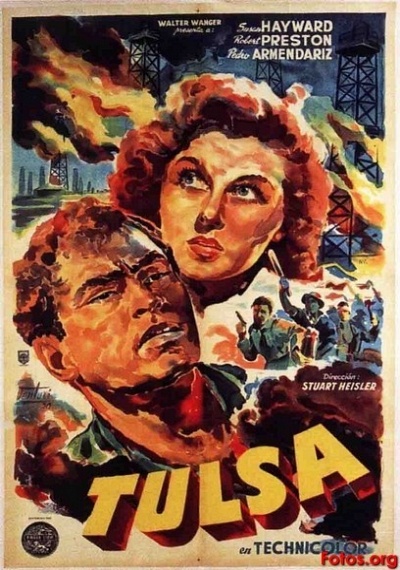 It's Tulsa, Oklahoma at the start of the oil boom and Cherokee Lansing's rancher father is killed in a fight with the Tanner Oil Company. Cherokee plans revenge by bringing in her own wells with the help of oil expert Brad Brady and childhood friend Jim Redbird. When the oil and the money start gushing in, both Brad and Jim want to protect the land but Cherokee has different ideas. What started out as revenge ...