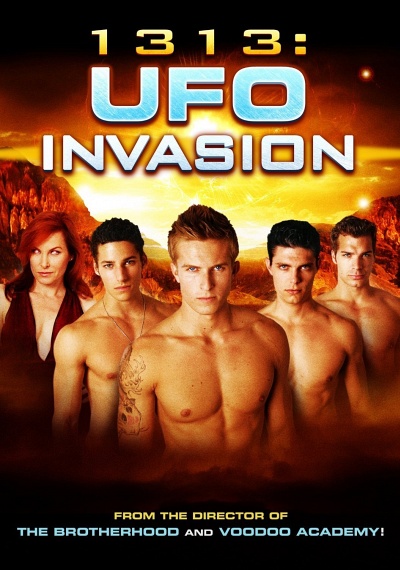 ADAM is a graduate student in theoretical astronomy and working on his dissertation. He's always been interested in what's 'out there' and he finds a perfect opportunity to both work and play…..in Roswell, New Mexico. 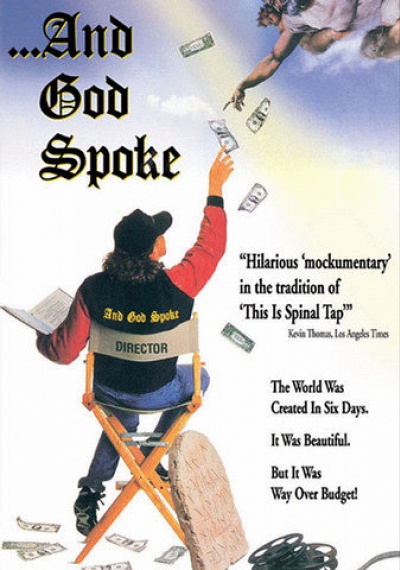 An irreverent, dry and hilarious "mockumentary" about a fictitious filmmaker who goes from directing "Naked Ninjas" to helming a gigantic biblical epic, believing his artistic vision is what got him there. A "Spinal Tap"-like take on the Hollywood machine. 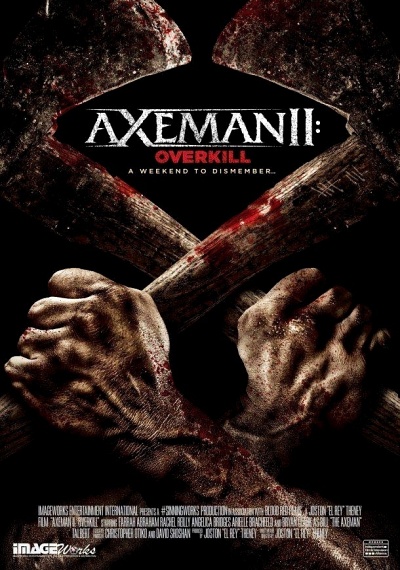 When crazed evangelical Christians, murderous bank robbers and revenge-seeking vigilantes clash in the quaint town of Cutter's Creek there's only one axe-wiedling local legend that can separate them... and dismember them! 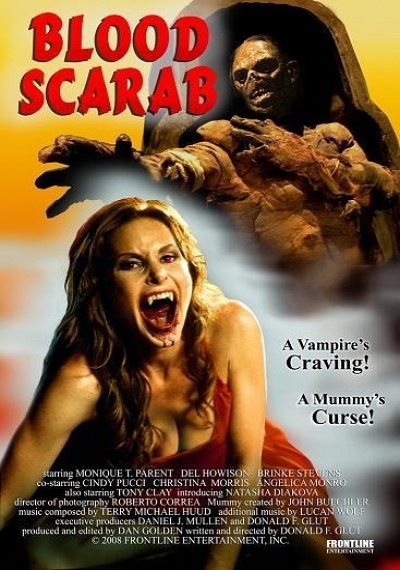 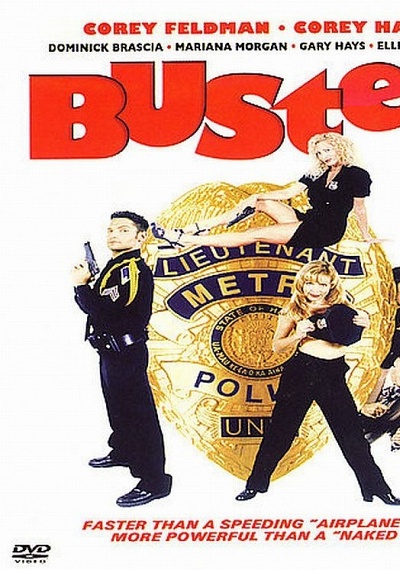 Officer David Carroll (Corey Feldman) is in charge (that's questionable) of the craziest, sexiest cops and nonstop squad-room partying. When the mayor installs the no-nonsense Captain May (Mariana Morgan) to reform the station, Carroll and his misfits have to clean up their act unless they can get the straight-laced May to loosen up hers first. The result is revealing. 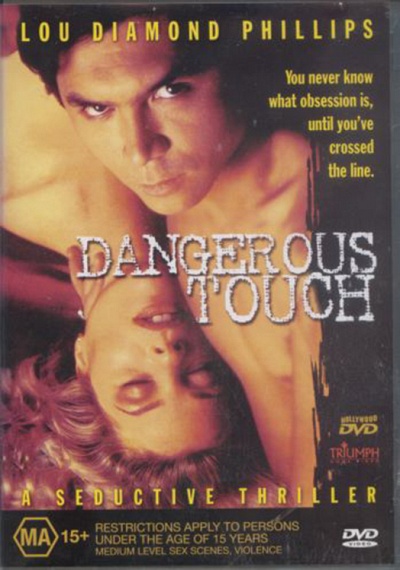 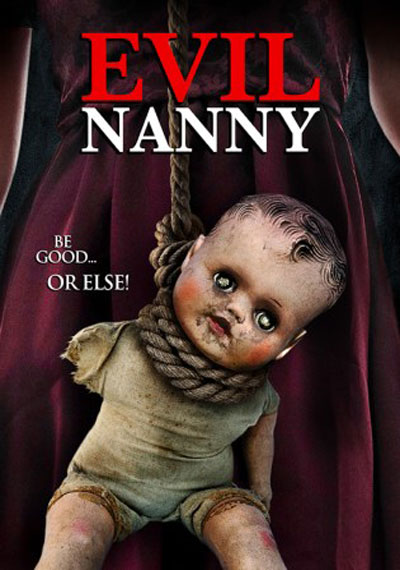 When fired nanny Jen refuses to leave, the family that once adored her tries to kick her out through the courts. But with the law on her side, Jen stays, taunting the family and forcing them to take action before she ruins them for good. 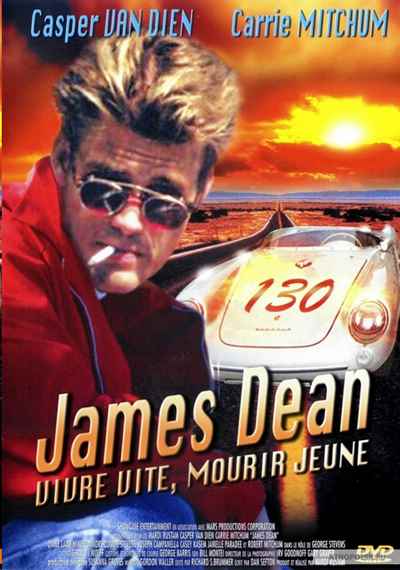 Casper Van Dien of STARSHIP TROOPERS stars as James Dean, whose remarkable talent and rebel attitude took Hollywood by storm. But as Dean's star begins to rise, his passionate affair with Italian ingnue Pier Angeli (Carrie Mitchum of THE BOLD AND THE BEAUTIFUL) angers her disapproving mother (Academy Award? nominee Diane Ladd) and studio chief Jack Warner (Mike Connors). How did a broken heart, reckless behavior and his relationships with Natalie Wood, Sal Mineo and ... 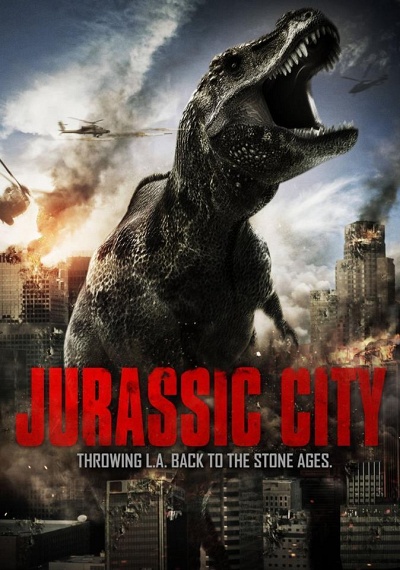 Los Angeles is under attack! Just as the world thought that dinosaurs had become extinct, a top secret laboratory is unexpectedly breached and thousands of ferocious dinosaurs are unleashed on Los Angeles! A black-ops unit is mobilised to contain the creatures before they can cause city-wide chaos. However they soon discover that very little can be done to contain these prehistoric predators and their thirst for blood. Ray Wise (TV's How I Met Your Mother) ... 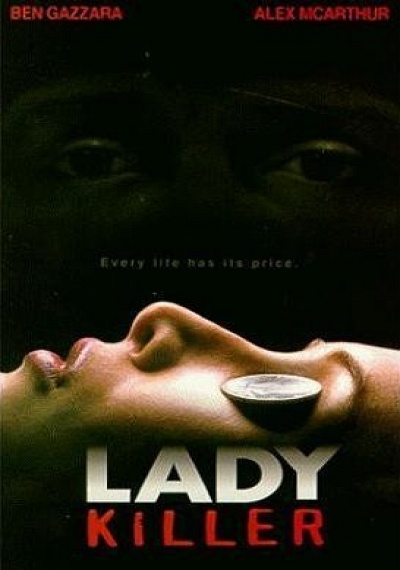 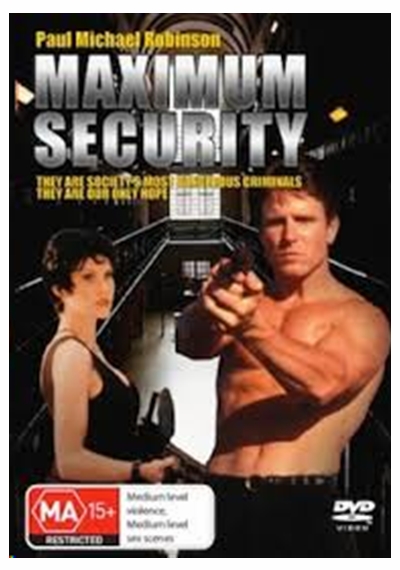 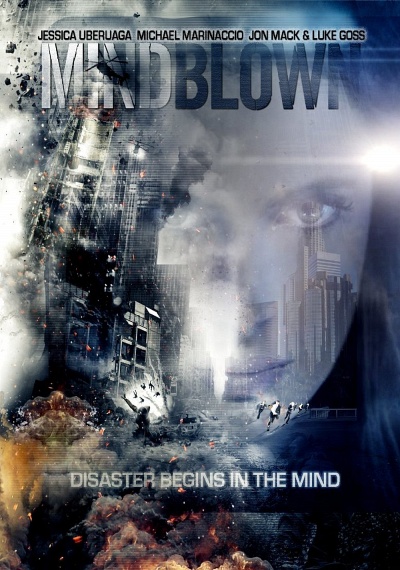 A team of telekinetics — code-named Project Mind Blown — has been secretly assembled in a high-tech facility. Their minds have the power to shake the Earth—or bring rain to drought-starved areas. They've been told their abilities will be used to do good for humanity. But when evidence suggests that the group has been tricked into causing destruction in U.S. cities, one team member goes rogue—racing against time to uncover a deadly conspiracy in this ... 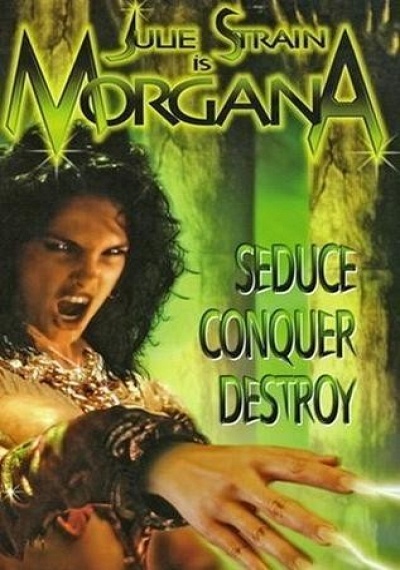 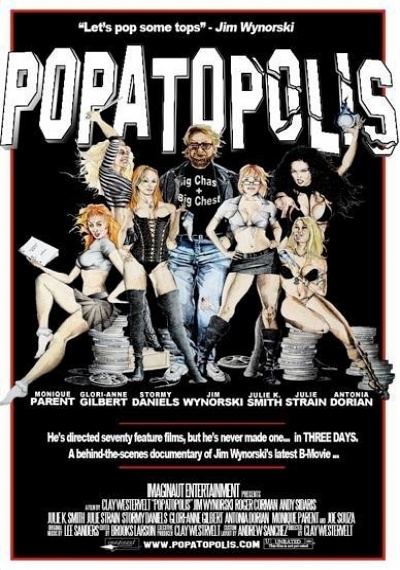 Follows veteran B-movie director Jim Wynorski as he attempts to produce the softcore film “The Witches of Breastwick” on a 3-day shoot. 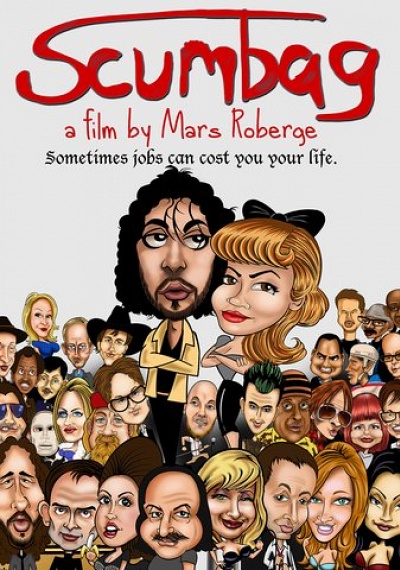 Phil, a young wannabe DJ, works at a telemarketing company where his co-workers are lunatics, former convicts and junkies. Not ideal surroundings for someone trying to battle addiction and keep his girlfriend. Director Mars Roberge calls Scumbag "a modern version of a John Osborne play' – an apt reference to the author of Look Back in Anger, which embodied post-World War II angst.Inspired by the fraudulent Canadian company where Roberge worked before turning to DJing ... 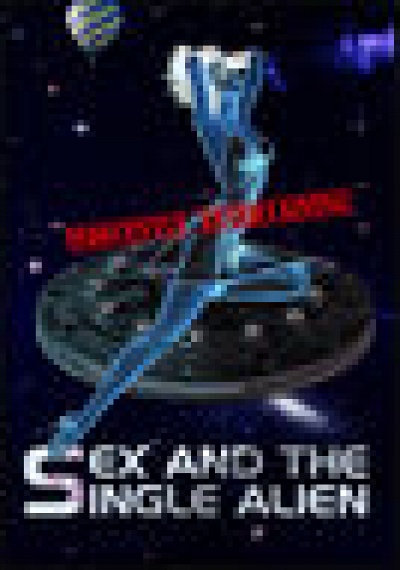 Sex and the Single Alien 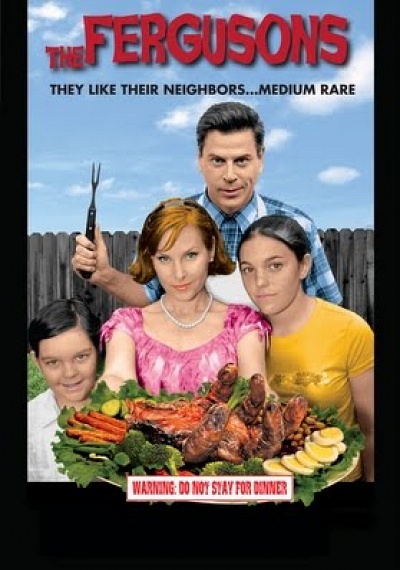 They don't get mad, they get full. They Like Their Neighbors ... Medium Rare. A family of flesh-eaters. Their neighbors push their patience too far and pay the price for it. As for this family, they don't let others get them down. They just pick their teeth with them. 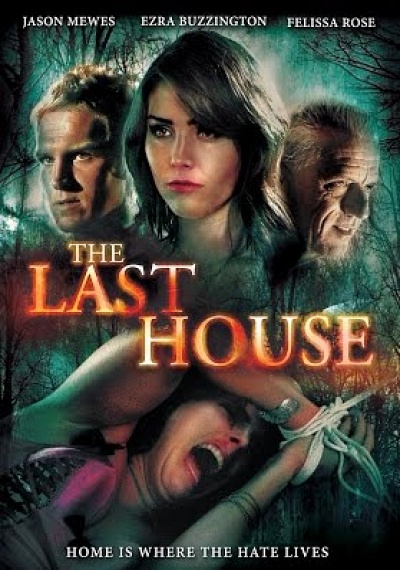 Home is Where the Hate Lives. - After his girlfriend is kidnapped by a satanic trio of escaped mental patients, a young man must rescue her from a Hollywood home before their sadistic plans can be realized. Starring Jason Mewes (Clerks, Vigilante Diaries), Ezra Buzzington (TVs Crossbones, The Hills Have Eyes) and Felissa Rose (Sleepaway Camp). 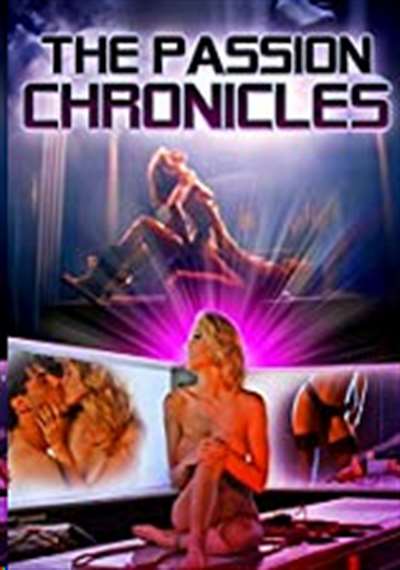 Enter a world where Vampire cults seduce young, unwitting beauties into their bloodthirsty ranks. Where experimental cyborgs built for pleasure travel through time warps to spread their message of free love. See sexy paradoxes of time and space converge on a carnal cosmic trip that threatens the very fabric of reality, humping and gyrating across the infinite tableau of creation. 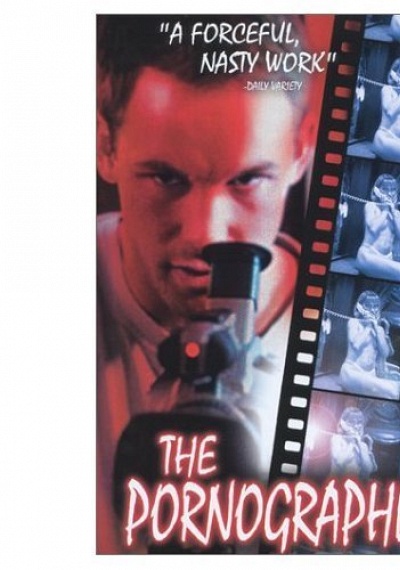 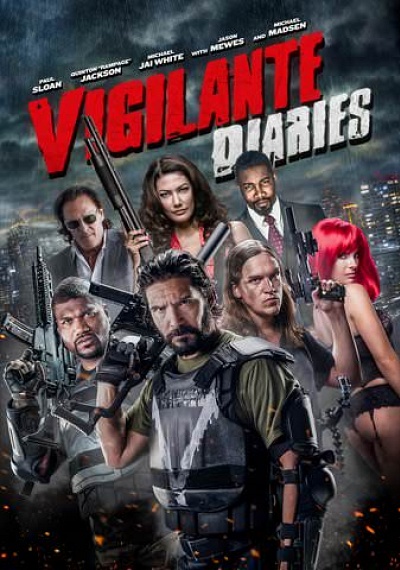 Featuring 90s movie heroes, explosive action, and international espionage, VIGILANTE DIARIES revolves around a team of black-ops agents turned crime-fighters led by a brooding anti-hero known only as "The Vigilante." International missions of rescue and revenge introduce a cast of colorful, dangerous, and hilarious characters in this high-octane action film.