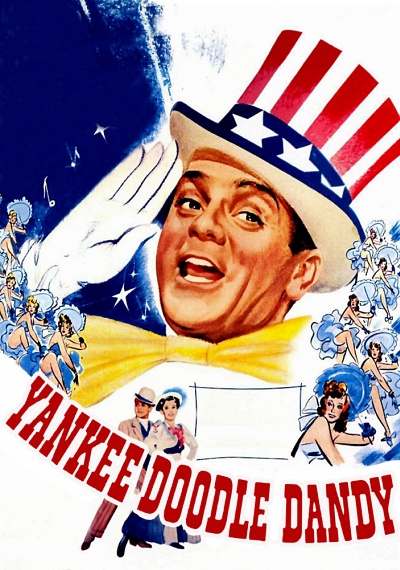 James Cagney ("White Heat," "Angels With Dirty Faces") danced and sang his way to a well-deserved Academy Award for his outstanding portrayal of vaudeville composer and performer George M. Cohan in this Oscar-nominated biography. Recently selected as one of the top American films of all time by the prestigious American Film Institute and directed by Academy Award-winner Michael Curtiz ("Casablanca"), this joyous musical tribute to one of America's most popular entertainers was nominated for 8 Academy Awards, including Best Picture, Director, and Writing and won for Best Score and Best Sound. Oscar-winner Walter Huston ("The Treasure of the Sierra Madre") received his third Oscar-nomination as Cohan's show business father. Contains some of Cohan's finest songs, including, "Yankee Doodle Dandy," "Over There," and "Give My Regards to Broadway". A "must-see" American classic, Leonard Maltin awards it four stars. Inducted into the Library of Congress National Film Registry.