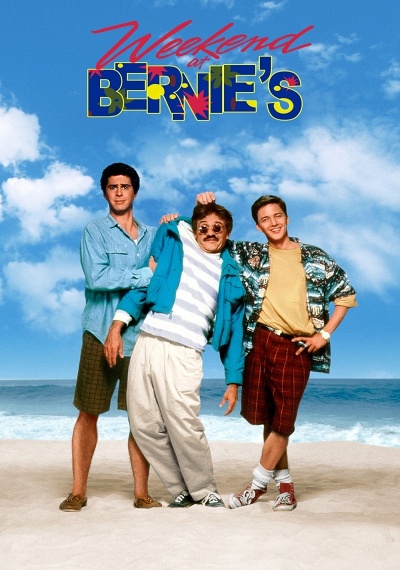 When two working stiffs (Andrew McCarthy and Jonathan Silverman) uncover an embezzlement plot in their company, their thieving boss Bernie (Terry Kiser) invites them to his beach house for the weekend, planning to have them killed. But when it's Bernie that gets whacked instead, our two bumbling heroes realize that in order for them to stay alive, they'll have to make everyone believe that Bernie is still the life of the party. "The ultimate whacky 80s comedy." (Reel Film)