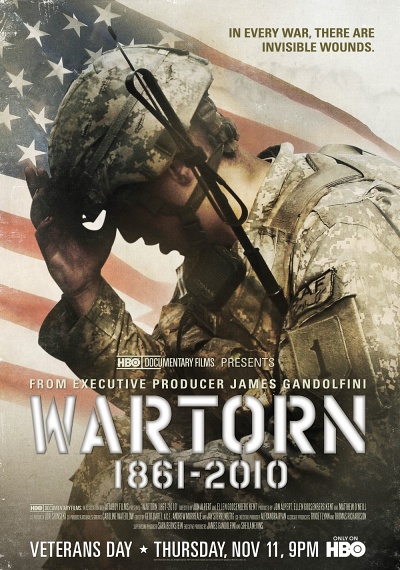 Some of the subject matter in the following documentary may be upsetting to some viewers. Viewer discretion is advised. Since the Civil War, it has been known as everything from insanity to combat fatigue. Today, it is clinically known as post-traumatic stress disorder (PTSD), a crippling anxiety that results from exposure to life-threatening situations. Executive produced by James Gandolfini and produced by award-winning filmmakers Jon Alpert, Ellen Goosenberg Kent and Matt O'Neill, this documentary explores combat stress from recorded U.S. military history through the personal stories of American soldiers whose lives and psyches were shattered by the horrors of battle. Using letters, journals, photographs, combat footage and first-person interviews, the film reveals the long lineage of PTSD beginning with the first documented cases from the Civil War up to cases involving soldiers who served in Iraq and Afghanistan.