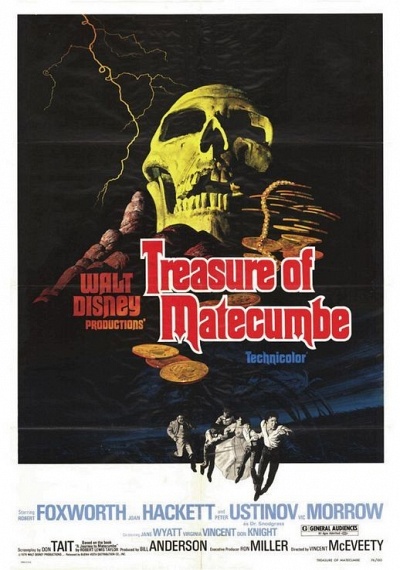 In post-Civil War Kentucky, young David Burnie (Johnny Doran) becomes the unexpected heir to the family secret: a map leading to buried treasure on the Florida isle of Matecumbe. The youth, joined by four fellow adventurers (Robert Foxworth, Joan Hackett, Peter Ustinov, Billy Attmore), begins his search for the treasure despite deadly interference by his late father's archenemy (Vic Morrow). The angry threat of a hurricane and the presence of hostile Indians set the mood for the frantic trek to the swampy site - a destination that could provide untold wealth for the searchers...or for their evil pursuers!