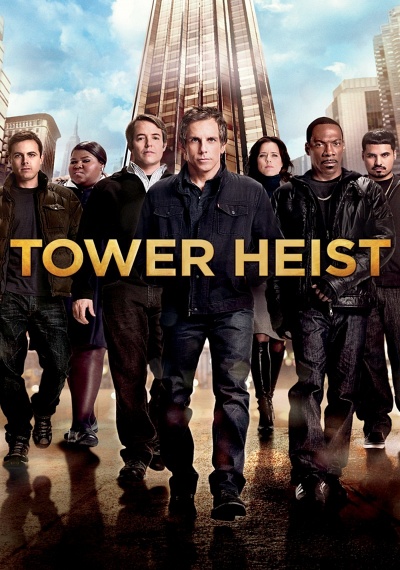 Ben Stiller and Eddie Murphy lead an all-star cast in this hilarious comedy caper about a luxury condo manager (Stiller) who leads a staff of workers to seek payback on the Wall Street swindler (Alan Alda) who defrauded them. With only days until the billionaire gets away with the perfect crime, the unlikely crew of amateur thieves enlists the help of petty crook Slide (Murphy) to steal the $20 million they're sure is hidden in the penthouse. From the director of the Rush Hour series, "Tower Heist is so fun, it's criminal!" (ASSOCIATED PRESS)