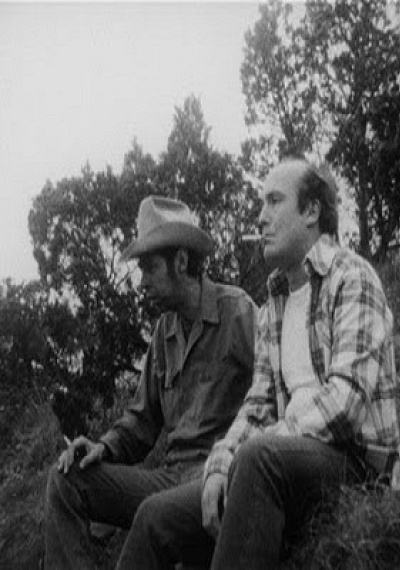 A landmark of American independent film from 1978, The Whole Shootin' Match is a rapturous rediscovery. Eagle Pennell's first feature details the tragi-comic struggles of two small-time schemers, Loyd (Lou Perryman) and Frank (Sonny Carl Davis), desperate to land their big break. Through its anecdotal narrative and fresh, honest observation of its characters, the film intimately captures a time and place (Austin, Texas, 1977) with its atmospheric photography and rough-hewn charm, making it an inspiration for filmmakers everywhere since its release. No wonder this is the film that prompted Robert Redford to start the Sundance Institute. Missing in action for close to 25 years, Watchmaker Films is proud to present a complete restoration from the only known existing print of The Whole Shootin' Match and a completely remastered soundtrack from the original stems. —Watchmaker Films