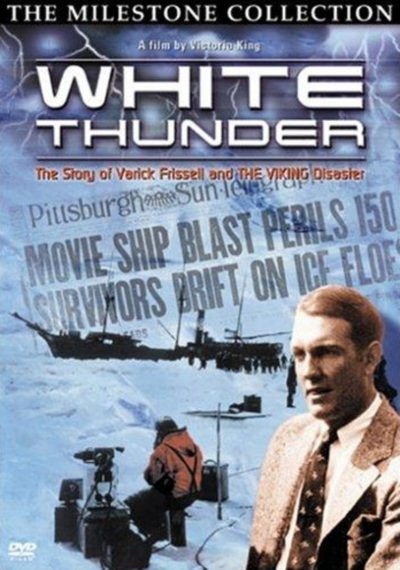 Originally called White Thunder, American producer Varick Frissell's 1931 film was inspired by his love for the Canadian Arctic Circle. Set in a beautifully black-and-white filmed Newfoundland, it is the story of a rivalry between two seal hunters that plays out on the ice floes during a hunt. Unsatisfied with the first cut, Frissell arranged for the crew to accompany an actual Newfoundland seal hunt on The SS Viking, on which an explosion of dynamite (carried regularly at the time on Arctic ships to combat ice jams) killed many members of the crew, including Frissell. The film was renamed in honor of the dead.