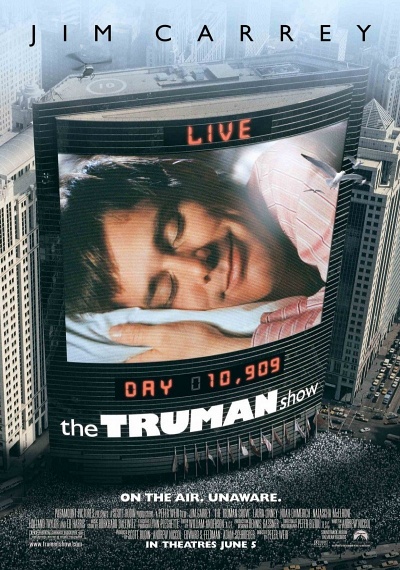 He's the star of the show--but he doesn't know. Jim Carrey wowed critics and audiences alike as unwitting Truman Burbank in this marvel of a movie from director Peter Weir (Witness, Dead Poets Society) about a man whose life is a nonstop TV show. Truman doesn't realize that his quaint hometown is a giant studio set run by a visionary producer/director/creator (Ed Harris), that folks living and working there are Hollywood actors, that even his incessantly bubbly wife is a contract player. Gradually, Truman gets wise. And what he does about his discovery will have you laughing, crying and cheering like few film stories ever have.