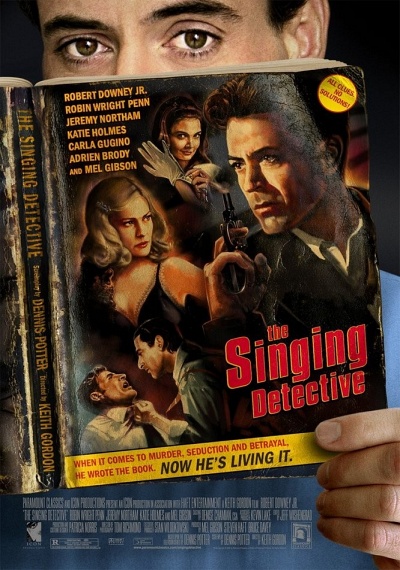 The Singing Detective tells the story of crime novelist Dan Dark (Robert Downey Jr.) who, languishing in his hospital bed, occupies his time by mapping out a screenplay in his head about a cynical private investigator who doubles as a singer in a dance band. His lead character is slowly drawn into a web of intrigue during the murder investigation of prostitute in 1950s Los Angeles. Heavily medicated, the border between reality and fiction starts to blur in Dark's mind. The plot is woven together with his own painful memories, and soon he is living in a fevered film-noir hell constructed by his own twisted psyche, where everyone is his enemy and no one can be trusted. Mel Gibson co-stars as the enigmatic Dr. Gibbon, the hospital psychiatrist who dares to take on Dark's tortured mind.