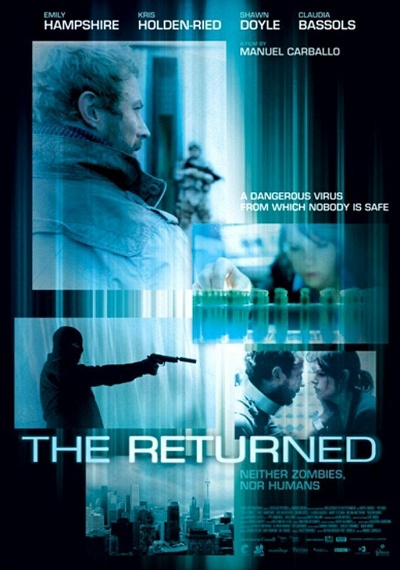 In a world where a deadly zombie virus has infected mankind, a single cure has been found. The cure, a treatment called the "Return Protein" which stays the effects of the virus in its host. With daily injections, the "Returned" are able to live as though they were never bit, despite the virus still coursing through their veins. When it is discovered that the protein stock is running low, chaos hits the streets. Returned who run out of the protein turn to zombies and wreak havoc, protestors turn to murderers as they try to rid the streets of the returned, and right in the middle of it all are Alex and Kate. Kate a leading doctor in the field of zombie virus' and Alex a musician with a dark secret, he is a Returned. As death and fear run rampant, Alex's secret becomes known and his dosage runs low, he and Kate must fight for a chance to live before he becomes a zombie.