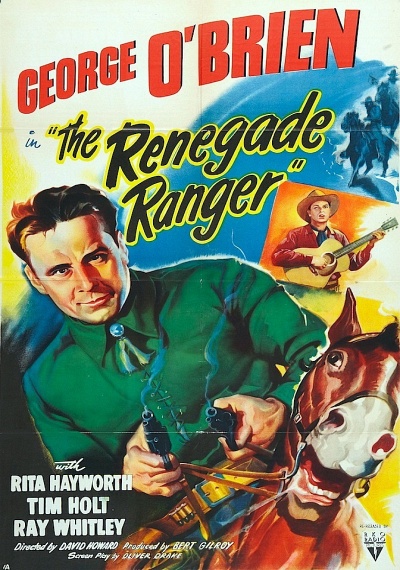 Rita Hayworth, George O'Brien, and Tim Holt star in this well-written Western about a Texas Ranger who discovers the man he's chasing on suspicion of murder is a woman who was attempting right wrongs of land thieves. Texas Rangers Captain Jack Steele and Larry Corwin are assigned to bring in suspected murderess Judith Alvarez. But young Corwin, who gets himself fired for an altercation in the local cantina, defies his older colleague and instead joins Judith's band of renegades. O'Brien is sympathetic to Judith's claim that local political boss Ben Sanderson is usurping the local ranches by means of phony taxes, but he maintains that the girl must make her argument in court. Eventually, the greedy Sanderson shows his true face, and Judith and her vigilantes are found innocent of all charges. Balladeer Ray Whitley sings "Move Slow, Little Doggie," and Cecilia Callejo performs a Mexican.