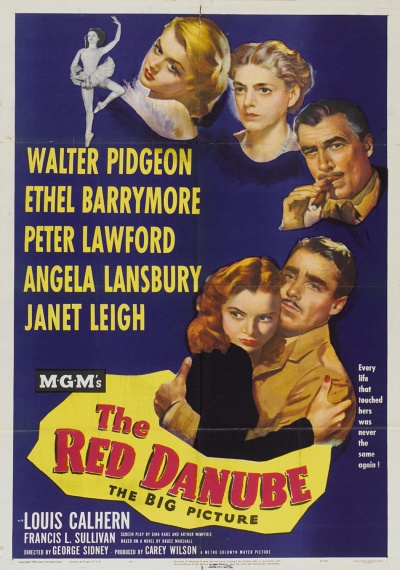 Janet Leigh and Peter Lawford star as lovers trapped on either side of the newly fallen Iron Curtain, a man and a woman stranded on opposite sides of The Red Danube. Post World War II Vienna. In a city that now lies across the river from Soviet-controlled Eastern Europe, British Major John McPhimister (Lawford) works to repatriate war refugees – to reunite families but also to sometimes force displaced people back to their native countries against their will. Now, he falls in love with beautiful ballet dancer Maria Buhlen (Leigh) who is desperately trying to flee Eastern Europe. Bound by duty, honor, and love, will these two find a future together? The Red Danube also features Angela Lansbury as a proud military woman who stands her ground against sexist male colleagues.