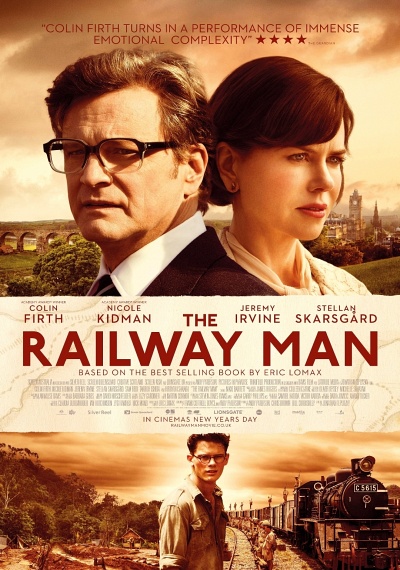 Based on the remarkable bestselling autobiography, THE RAILWAY MAN tells the extraordinary and epic true story of Eric Lomax (Academy Award®-Winner Colin Firth) - a former army officer who sets out on a mission of revenge to confront the man who tormented him while he was prisoner at a Japanese labor camp during World War II. Lomax was one of thousands of Allied prisoners of war forced to work on the construction of the Thai/Burma railway during World War II. His experiences, after the secret radio he built to bring news and hope to his colleagues was discovered, left him traumatized and shut off from the world. Decades later, Lomax and his beautiful love interest Patti (Academy Award®-Winner Nicole Kidman) discover that the Japanese interpreter responsible for much of his treatment is still alive. Lomax must set out to confront him and his haunting past, in this powerful and inspiring tale of heroism, humanity, and the redeeming power of love.