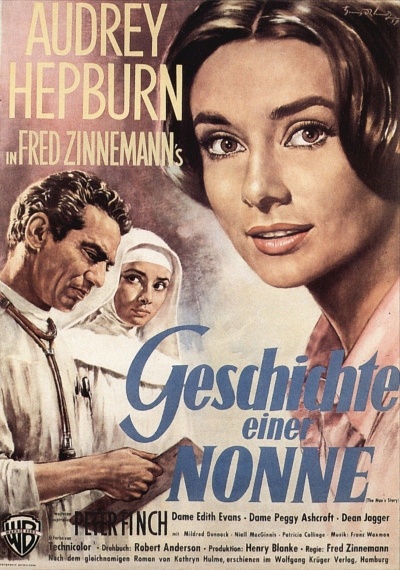 This powerful biographical drama was the top-grossing film the year it was released, garnered eight Oscar nominations, and boasts one of the greatest performances by the legendary Audrey Hepburn. A young woman enters the convent and cares for the indigent in the Belgian Congo, but as World War II breaks out, her free spirit and hatred for the enemy make her question her calling to God. Co-starring Academy Award-winner Peter Finch ("Network") and Emmy-winner Colleen Dewhurst ("Murphy Brown"), in a performance Leonard Maltin calls "electrifying".