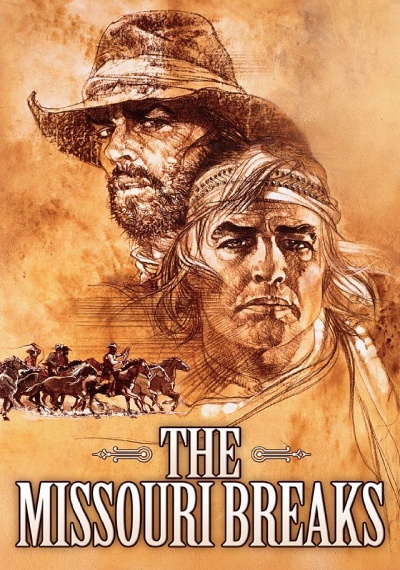 An 1880s Montana cattle baron (John McLiam) hangs a cattle rustler, mostly as an example to the gang's leader (Jack Nicholson). Nicholson vows revenge, but falls in love with the daughter (Kathleen Lloyd) of the cattle baron, and decides to settle down and become a farmer. But he continues to assist the rustlers who still raid McLiam's land. McLiam hires a top-gun bounty hunter (Marlon Brando). Nicholson sets out to kill Brando, but loses his chance. Brando resumes a murderous rampage which will soon wipe out all the outlaws-except Nicholson, who will precede his final battle to the death with Brando in a competition of mugging, switching accents (Brando) and mannerisms that would, in themselves, do in lesser men. This enormously entertaining movie was directed by Arthur Penn.