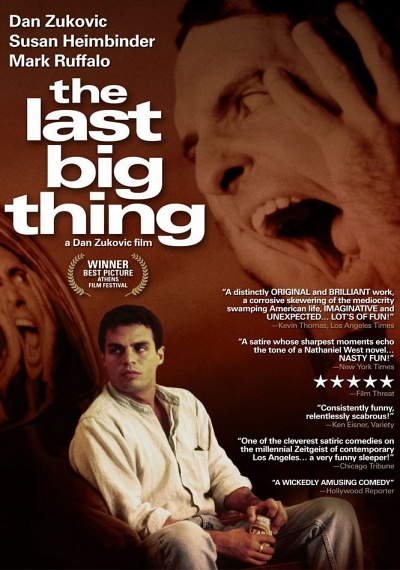 From a bland tract house on the outskirts of Los Angeles, Simon Geist (with occasional help from his platonic girlfriend Darla) wages war against all of modern American popular culture. Geist starts up a magazine called "The Next Big Thing", which he uses to confront and insult upcoming actors, comics, models and rock bands. As Geist's mysterious Underground Agenda escalates, will he become the "last big thing", or be co-opted by the very forces he is railing against? Written by Van Film Fest