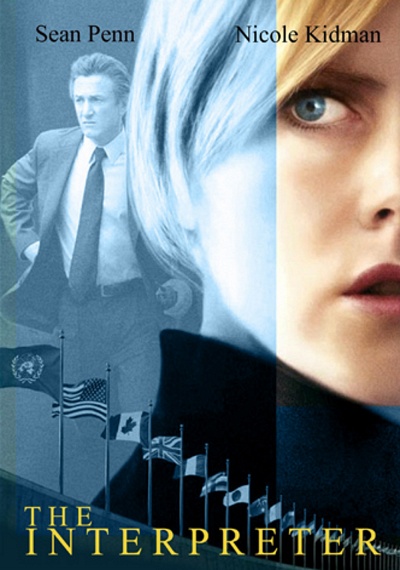 Academy Award® winners Nicole Kidman and Sean Penn star in the action-packed thriller, The Interpreter. In one of the hidden corridors of power at United Nations headquarters, translator Silvia Broome (Kidman) overhears a potentially explosive secret about a planned assassination attempt. But when federal agent Tobin Keller (Penn) investigates her claim and digs deeper into Silvia's dangerous past, he begins to question whether she is a victim - or a suspect. From Oscar®-winning director Sydney Pollack comes the riveting, edge-of-your-seat story of international intrigue that Ebert & Roeper give "Two thumbs up!"