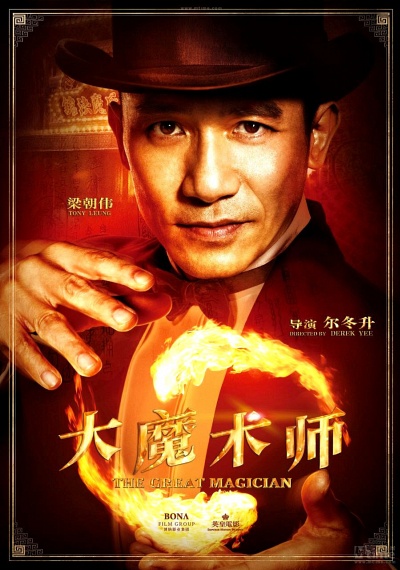 In the early 1920's, on the streets of Beijing, the nation's most talented performers have gathered to show off their most spectacular skills. The challenge is set: a handsome prize to whomever can reproduce a magic trick called the Eight Immortals' Treat. Zhang Xian (Tony Leung Chiu-wai) appears amidst the waiting crowd and decides to give it a try. So begins a legend of pure magic .Adapted from the Zhang Haifan novel, led by award-winning director Derek Yee (ONE NITE IN MONGKOK, SHINJUKU INCIDENT) and starring the three most powerful stars in Chinese cinema – Tony Leung Chiu-wai (HERO, RED CLIFF), Lau Ching-wan (MAD DETECTIVE) and Zhou Xun (CLOUD ATLAS), THE GREAT MAGICIAN is an endearing spectacle of high-spirited action and fantasy.