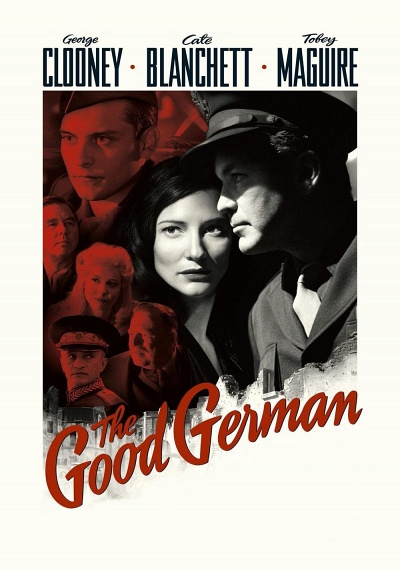 Based on the novel by Joseph Kanon, "The Good German" takes place in the ruins of post-World War II Berlin, where U.S. Army war correspondent Jake Geismer (George Clooney) becomes embroiled with Lena Brandt (Cate Blanchett), a former lover whose missing husband is the object of a manhunt by both the American and Russian armies. Intrigue mounts as Jake tries to uncover the secrets Lena may be hiding in her desperation to get herself and her husband out of Berlin. Tully (Tobey Maguire), a soldier in the American army motor pool assigned to drive Jake around Berlin, has black market connections that may be Lena's way out - or lead them all into even darker territory. Jake soon discovers that it is nearly impossible to unearth the truth in a time and place where people are still reeling from the horrors of the war, desperate to salvage their humanity in the shadow of the often unbearable knowledge of what they did to survive.