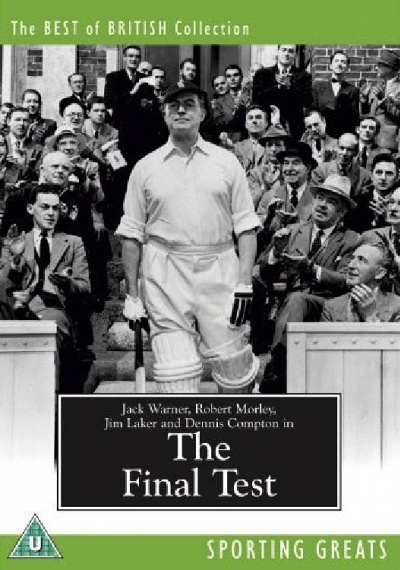 Legendary England cricketer Sam Palmer (Jack Warner) is due to bat in his final test match against Australia. He is desperate for his son Reggie (Ray Jackson) to see his final innings. But Reggie prefers poetry to cricket and when he is offered the opportunity to read his poetry to England's greatest playwright Alexander Whitehead (Robert Morley) on the last day of the test, the relationship between father and son is tested to the limit. As Sam prepares for his final knock, the conflict with his son weighs heavily on his mind, but he is also upset over England's young batsman and ladies-man, Syd Thompson (George Relph), dating the woman whom he hopes to marry.