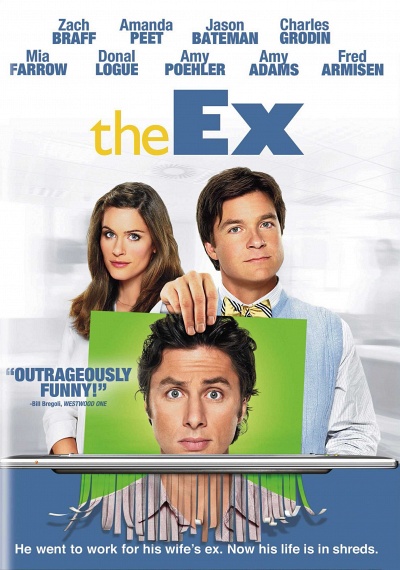 Tom Reilly (Zach Braff) and his wife Sofia (Amanda Peet) are in for some major changes now that they have a newborn. As a lawyer, Sofia has always provided a comfortable living while Tom has contributed love, support and the occasional paycheck. When Sofia decides to be a stay-at-home mom all that changes. Tom moves the family to Ohio to work for his father-in-law (Charles Grodin) as an 'Assistant Associate Creative' for "Sunburst Communications." His boss Chip (Jason Bateman) happens to still carry a torch for Sofia from their high school days. Each time Tom gains some ground at the firm, Chip wheels in and steals his thunder. Dirty tricks and sabotage abound creating an atmosphere of fierce paranoia that eventually threatens Tom and Sofia's relationship. Chip will stop at nothing to see Tom defeated while no one but Tom can see Chip for the evil genius he is. Through it all Tom's esteem is depleted, his manhood challenged (by a surprisingly large adversary) and he's watching his family slip away.