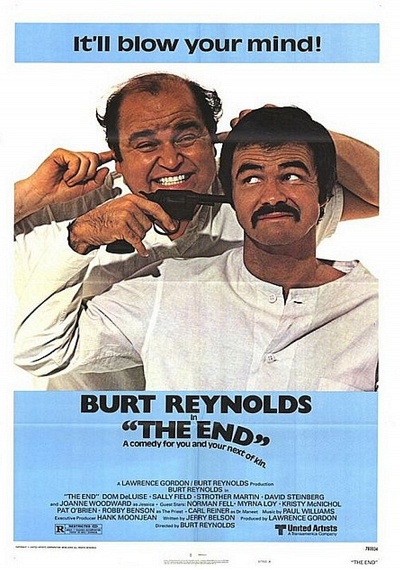 Burt Reynolds stars as a man who loses his will to live after he learns that he has only three months to live. At first he seeks solace from a priest (Reynolds' first confessional in 20 years). The priest's celestial comment is "Wow!" Reynolds attempts suicide -- and fails, waking up from his effort in an insane asylum. He urges a schizophrenic fellow patient to do him in. Failure. Reynolds' doomed journey of self-destruction will encounter Sally Field, Dom DeLuise, Joanne Woodward, Carl Reiner, Kristy McNichol, Robby Benson, Myrna Loy, Pat O'Brien and others. In the end, the "life force" prevails. And Reynolds decides to live, if even for the few months he has left. Burt Reynolds directed himself in this dark, yet often farcical comedy. Music by Paul Williams.