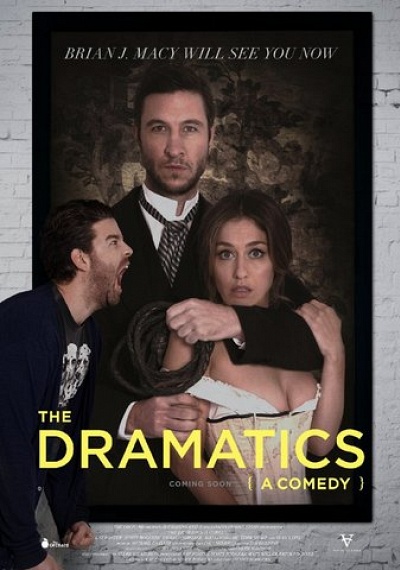 When Katie (Kat Foster), an out of work actress, unexpectedly lands a starring role in the sexually explicit mini-series adaptation of a best selling, erotic chick lit novel, her boyfriend, Paul (Scott Rodgers), can barely muster a congratulations. Not only is Katie heading overseas, where the series will film for six straight months, but also, she'll be shooting racy scenes with the famously volatile, Oscar winning playboy, Bryan J. Macy (Pablo Schreiber). While Katie, desperately anxious that she's not "hot enough" to play the part, seeks reassurance from anyone who might give it to her, including her over serious acting coach (Rosemarie Dewitt), an old flame turned sitcom star (Sean Astin), and Bryan J. Macy himself, Paul gets stoned and friendly with an attractive improv student of his, Abigail (Riki Lindhome), whose companionship helps him take the edge off. On Katie's last day in town, tensions between her and Paul mount to an unforgettable climax, during which a punch is thrown, a gun is drawn, an innocent is wounded, hearts are broken, and lives are changed forever. Loosely based on the lives of Kat Foster and Scott Rodgers, who co-penned the script and co-star in the film, THE DRAMATICS marks Rodgers' directorial debut.