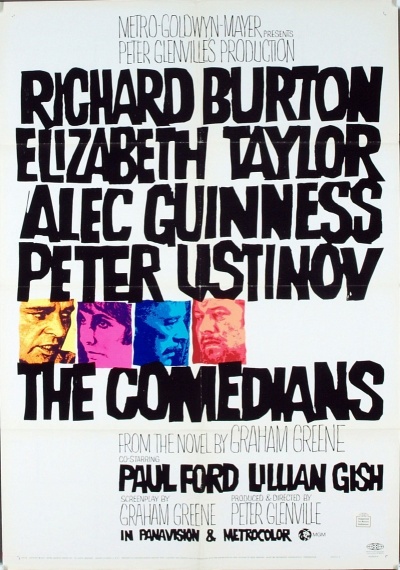 This is an all-star adaptation of Graham Green's novel about the political nightmare that was Haiti under "Papa Doc" Duvalier. The film follows the observations of a white hotel owner and his increasing depression as he watches the Caribbean country decline into barbarism. The characters in his world include a rebel leader, politically "charged" hotel guests, an European ambassador (who he's having an affair with), and a British opportunist arms dealer.