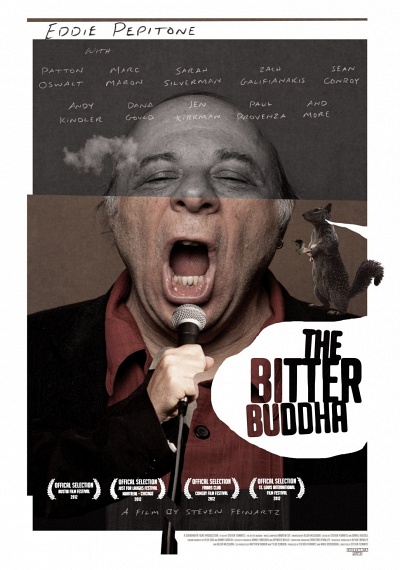 Featuring Zach Galifianakis, Sarah Silverman, Patton Oswalt & many more! Eddie Pepitone is "The Bitter Buddha," a man at war with himself. This humorous documentary takes an unconventional look at an unconventional man as he struggles with his career, his past and the world around him. Original animation, stand-up comedy and engaging interviews with Patton Oswalt, Sarah Silverman, Marc Maron and others help us gain insight into the life of a beloved career comedian known as "the guitarist that all the other guitarists go to see." As one of the best-kept secrets in the comedy scene, Pepitone is documented in this unhinged portrait of creativity, enlightenment and rage.