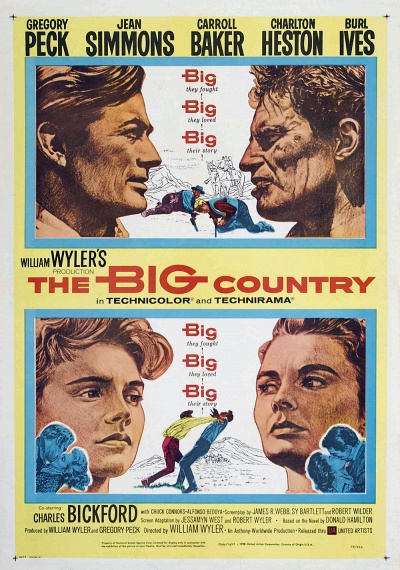 Gregory Peck stars as a sea captain who moves way out West to marry Carroll Baker and become part of the ranch owned by her father (Charles Bickford). But he discovers that daddy's top hand (Charlton Heston) carries a torch for Baker and doesn't particularly like Peck stepping into his place. Peck also finds himself caught in the midst of a power struggle between Bickford and his surly neighbor, Burl Ives (and his reprehensibly bullying son, Chuck Connors). This long, sprawling tale works because its characters are played by movie stars who know how to command the big screen in a big story. --Marshall Fine