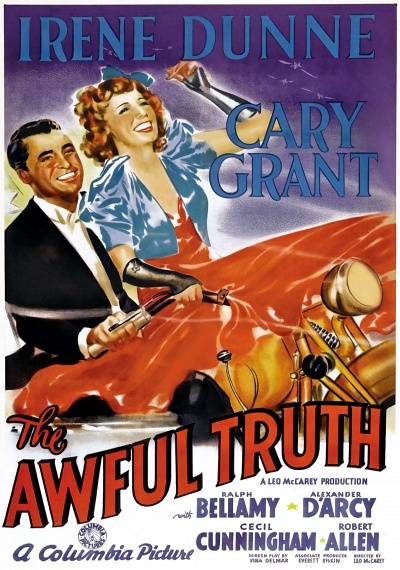 Director Leo McCarey won an Oscar(r) and star Irene Dunne was nominated (one of her five Best Actressnominations) for THE AWFUL TRUTH, one of the most captivating screwball comedies ever made. A comicbattlefield presided over by two superbly-matched sparring partners, THE AWFUL TRUTH also stars Cary Grant as the other half of a couple facing divorce and fighting over custody of their beloved dog,Mr. Smith. Somewhere before the final divorce decree, however, Jerry decides he wants Lucy back, only to learn that she's marrying a country bumpkin (hilariously played by Ralph Bellamy). Jerry counters with an engagement to the aristocratic Molly Lamont, sparking a sexy, sophisticated battle of wits that ranks among the wackiest comedies in screen history.