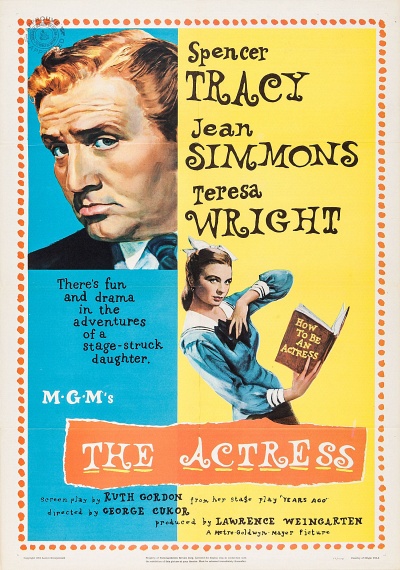 I was meant to be an actress! A cast of splendid talents - Spencer Tracy, Jean Simmons, Teresa Wright and screen-debuting Anthony Perkins - who know well the siren song of the stage bring brio to this comedy about a 17-year-old (Simmons) who yearns to be a star. Her father (Tracy) loves his daughter...but an actress? He suggests the no-glamour, no-disappointment life of a Physical Education teacher. One family, two forces: irresistible on her side and unmovable on his. Based on Ruth Gordon's hit autobiographical play and directed by George Cukor (Adam's Rib), The Actress boasts heart, charm and lots of laughs, including Tracy at his comic best in a sequence that has him vaulting over a pommel horse. And losing his pants.