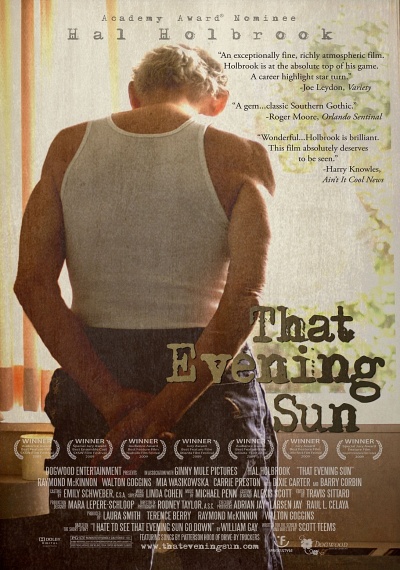 Academy Award-nominee and ten-time Emmy-winner Hal Holbrook (Into the Wild) stars with Oscar-winner Ray McKinnon (The Blind Side) and Alice in Wonderland's Mia Wasikowska in this critically acclaimed gem. Fleeing the retirement home where his son abandoned him, Abner Meecham sets out to reclaim his beloved Tennessee farmstead - only to find it's been leased to an old enemy, the volatile Lonzo Choat. After Abner intervenes to protect Choat's daughter from her drunken father's abuse, events spiral toward a startling, violent climax in "...an exceptionally fine, richly atmospheric film." (Joe Leydon, Variety) Dedicated to the memory of the late Dixie Carter.