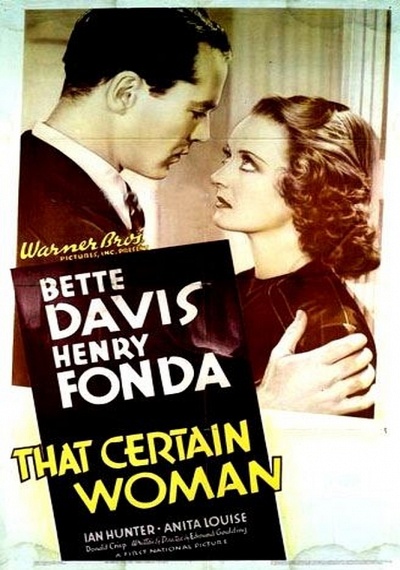 Married to a gangster at 15…widowed by the St. Valentine's Day Massacre…remarried to a playboy… forsaken…left to raise her baby alone: Mary Donnell (Bette Davis) leads the kind of three-hanky life just made for a prestige '30s melodrama. Besides showcasing one of her most subtle and moving portrayals, That Certain Woman marks important firsts for Davis. It was her first film with Henry Fonda, her co-star in the following year's celebrated Jezebel. And it was the first time she worked with Edmund Goulding, who would guide her in Dark Victory, The Old Maid and The Great Lie. "He was one of Hollywood's greatest directors," Davis said in the bestselling biography Mother Goddam by Whitney Stine. "Goulding made me special in this film. I looked really like a 'movie star.'"