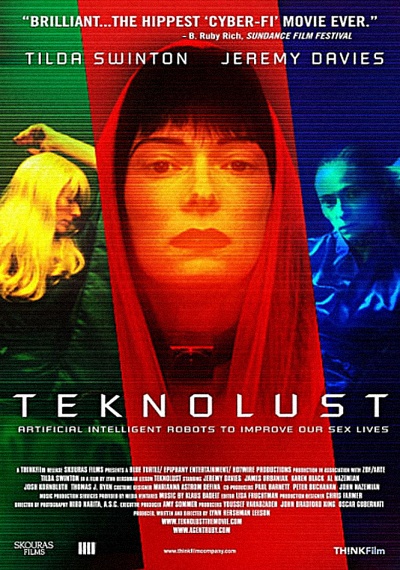 Academy-Award winner Tilda Swinton plays four roles in this award-winning Sci-Fi about Rosetta Stone and her three Self-Replicating Automatons, (S.R.A.'s) which she cloned from her own DNA. Though they look human, the S.R.A. cyborgs were bred as intelligent machines and are immortal. In order to survive, they need sustenance of male Y chromosome, found only in sperm. Their task is to harvest sperm in the old fashioned way, which leads to a quest for love. This film won the Alfred P. Sloan award for writing and directing and features Karen Black, Thomas Jay Ryan and Jeremy Davies.