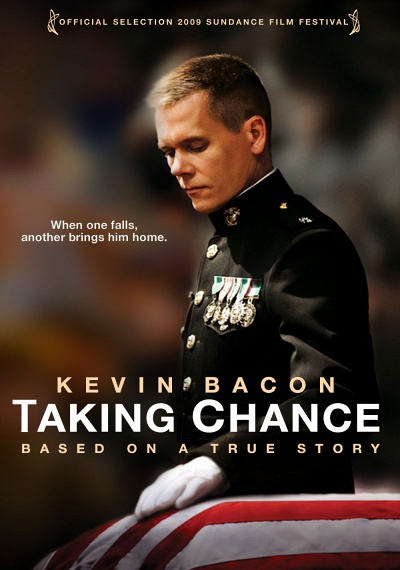 In 2004, Lt. Col. Michael Strobl volunteered to escort home the body of a 19-year-old Marine killed in Iraq. It would prove to be a life-altering experience. Kevin Bacon stars as Strobl in this profoundly moving HBO Films drama that looks at the military rituals for honoring its war dead from the perspective of one fallen soldier named Chance Phelps. Strobl never knew Phelps before taking the assignment, but as he journeys across America, he discovers the great diligence and dignity in how the military handle such dark duties--and comes to grips with his own issues of guilt when he meets Chance's gracious family and friends. Directed by Ross Katz; screenplay by Lt. Col. Michael R. Strobl, USMC (ret.) and Ross Katz, based on the journal by Lt. Col. Michael R. Strobl, USMC (ret.)